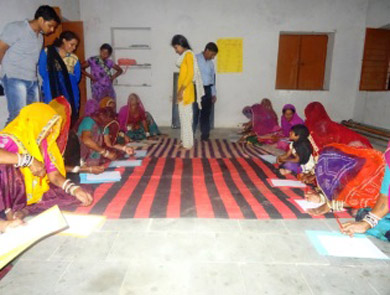 During the visit, women ‘students’ told names of their family members and read out poems and songs for the visiting team. The ‘students’ also demonstrated their numeracy skills.

Both the visitors gave valuable suggestions. Prasad Jangam suggested that a small library be added to each centre and newspaper be made available at each of them. Sarita Sharma said that people’s representatives, sarpanch and panchayat secretary be requested from time to time to come to the centre for imparting information about government schemes.

During the visit, the organisation was represented by the secretary Shakar Singh Rawat, president Anil Kumar Mathur and others.