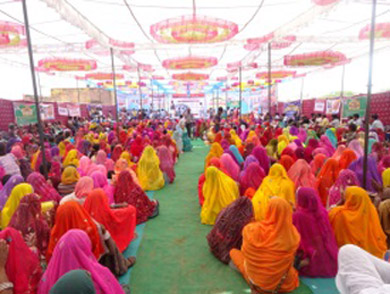 Rural women have certain restrictions and limitations in context of involvement and leadership. Male dominance and patriarchal system of society has made such provisions, which become stronger in village. These women are not raising their voice against any kind of violence or problems in their routine. They are forced to give priorities to their family first then to their personal demands.

Poor status of women in the society drives them to accept all the complications and violence in the families. They are not given proper attention and are not provided with any essential care during critical situations of deliveries and postnatal care. They are also held responsible for the birth of male or female child.

To empower women, GMVS has initiated formation of self-help groups. In these groups women save a fix amount of money and are allowed to take loans from collective savings of the group. So far almost 1,000 SHGs covering almost 11,560 households have been formed.

SHGs have brought in remarkable changes among women:

Economic empowerment of the women has enabled them to establish their own identity and ownership in the family as well as society. It also facilitates learning of new skills and self-improvement. Self-reliant women can better think about their children. Confidence building among the women has motivated them to join various village based and panchayat forums. Women have started demanding their rights. Leadership of the women have been seen in their group meeting and loaning process. They are keeping record of their saving, which has provided ownership and decision making capacity.

Sill training are provided to women to assist them in establishing their priorities and importance against the dominating community. Awareness on the rights of the women and motivation to oppose any social violence against is disseminated to the women through regular village based meetings, puppet shows and street plays. 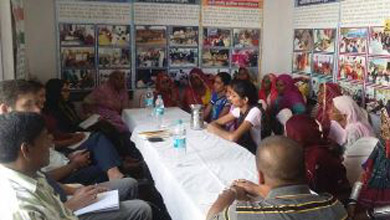 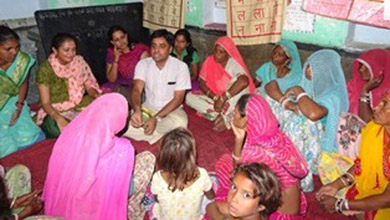