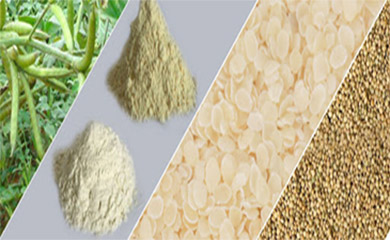 Guar gum and Isabgol Processing Cluster, Nagaur is running with financial Support of Ministry of Micro Small and Medium Enterprises Government of India under Scheme of Fund for Regeneration Of Traditional Industries (Sfurti). Nodal Agency- PPDC Agra, Technical Agency – Nisarg and Implementing Agency - Gramin Mahila Vikas Sansthan. Nagaur district is situated at the Center of Rajasthan State. The neighbouring districts of Nagaur are- Jodhpur, Pali, Ajmer, Jaipur, Bikaner, Sikar and Churu. A big part of the district is covered by blown sand and sand dunes which form part of the great Thar district. Active dunes and sand shifting are main hazards to cultivation. There in no perennial river in the district, River Luni is a non-perennial river which flows through the district. The flow of river-Luni depends upon the volume of rain fall it receives during monsoons. Gaurgum, Isabgol, Bajara, Wheat, Jowar, Til, Barley and pulses are the important crops of Nagaur District. The other crops of the district are Taramira, Rape Mustard, Gram and Chilly. 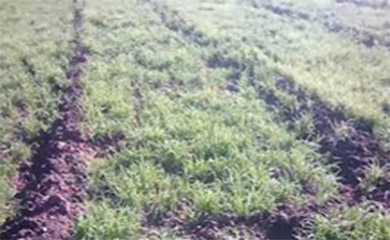 Guar Gum & Isabgol Processing Cluster, Nagaur, Rajasthan was presented by th representative of the Nodal Agency with Proposed strength of 744 no. of artisans (Male – 453, Female – 291, SC- 146, OBC- 392) as major Cluster under SFURTI Scheme. The Cluster has a great volume for the produce of Guar Gum and Isabgol. The processing through CFC would help in increasing the produce and fetch better returns to the producers. The major products of the cluster are Guar Gum, Guar split, Isabgol husk, Churi, Korma, Cattle feed. The intervention would result in the aggregation, Streamlining value chain, brand building along with the grading sorting and processing of the produce and better links to the market. Guar Gum and Isabgol production is very high in Nagaur and surrounding area which makes it suitable for establishment of processing unit of the same. Low benefit from the agriculture makes labour and farmers to migrate from the area. Proposed activity will not only reduce the migration activity but with increasing income they will be able to make their lifestyle better. Proposed cluster is also aimed to provide them some additional benefits like healthcare camps, Life insurance and health insurance services etc.

Following are the objectives of the establishment of cluster –